Dominic’s Ripple: Carrying on the Legacy

DOMINIC’S RIPPLE: CARRYING ON THE LEGACY

27 News Lance Veeser talks to Dominic’s parents and Chief Mike Koval about the legacy and impact of a young boy whose life ended way too soon.

Dominic May was the pride and joy of his parents, Meghan and Casey. He loved soccer, tractors and helping people. His dream was to become a police officer. So, he was excited to meet Police Chief Mike Koval at the Kids Expo last spring.

That memory was fresh in Koval’s mind when he answered a call on July 13, 2018, about a young boy who had been hit by a car. The boy turned out to be Dominic

Dominic died at 5-years-old, but Koval made his dream come true by naming him an honorary officer. Dominic was laid to rest with a police honor guard and escort. The outpouring of support amazed the may family and inspired them.

Since then the family created a charity called Dominic’s Ripple. In their first event, they handed out backpacks full of school supplies to local kids. Then, came the idea to raise money for a K-9 unit for the Madison Police Department.

Dominic’s Ripple: Carrying on a legacy 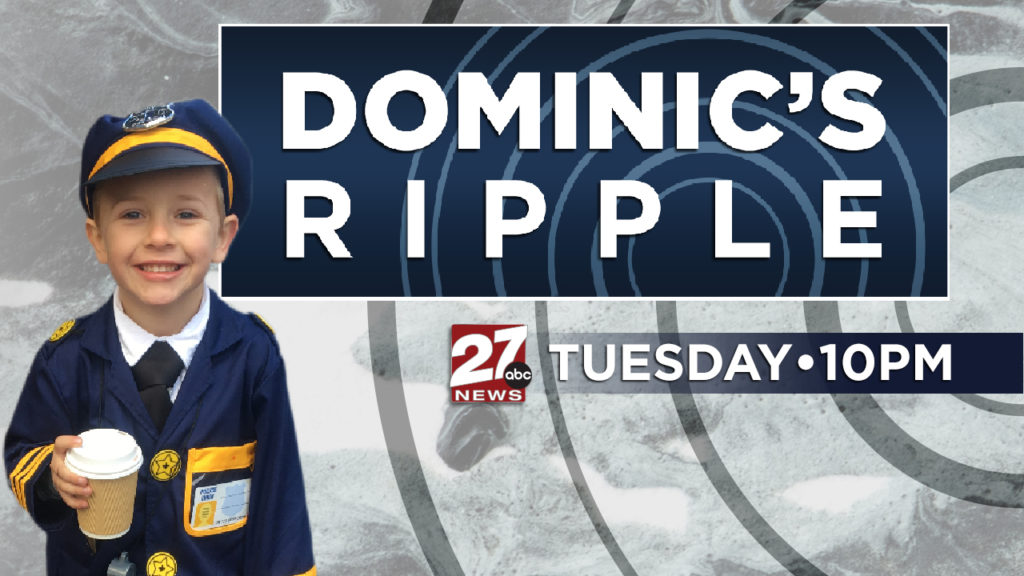 The simplest, yet most meaningful way to honor Dominic and support Dominic’s Ripple is by spreading positivity through simple acts of kindness. The widespread outpouring of positivity following Dominic’s passing was what inspired the direction of our charity to begin with. We want his ripple to grow! Help us spread positivity in Dominic’s name — and tell us about your acts of kindness in the comments below!